The Triton Super High Roller Series, is a high end, high stakes poker festival that happens every year. The event is sponsored by Partypoker LIVE. This event runs for days and not only has a registration fee of a couple of hundred dollars but also a minimum buy in. Of course the amount of people that buy in determines the size of the pot to be won.

The largest poker win to date, over a period of 15 years, was in 2019 at the Triton Super High Roller Series, which was then hosted in London and ran for nine days. The entire prize pool came to $65 660 000. The first prize, which was a total of $20 563 324, was taken American poker player Bryn Kenny. Second prize at that years event, which was a total of $16 775 820 and was taken by Chinese player Aaron Zang. Surprisingly it is not the second biggest win ever in the world of poker, but in fact the third largest win.

The World Series of Poker – otherwise known as the WSOP – is the largest most prestigious and most media hyped gaming competition in the world. It has been held annually at Las Vegas since 1970. With an event running for so many years, it is easy to understand that it has produced many winners through the years of running. The second largest poker win is from the 2012 WSOP Event 55. The entire prize pool reached a whopping $42 666 672. The first prize, which was $18 346 673, was taken by American player Antonio Esfandiari.

Coming in at the worlds fourth largest poker win to date is American player Dan Colman. At the 2014 WSOP Main Event 57, the prize pool reached an amazing $37 333 338. Of that pool prize, Dan took home almost half as his first prize winning earned him $15 306 668

Our number five top win comes from the Monte-Carlo One Drop Extravaganza. One of the things that makes this event so note worthy, is that each players buy in is donated to the One Drop charity foundation that focuses on water issues. Started in 2012 the event is a no limit, Texas Hold’em  tournament, that has a $1 000 000 buy in. In 2016 the prize pool for this event was a total of $27 437 564. The first prize of $12 248 912 was won my Chinese player Elton Tsang. 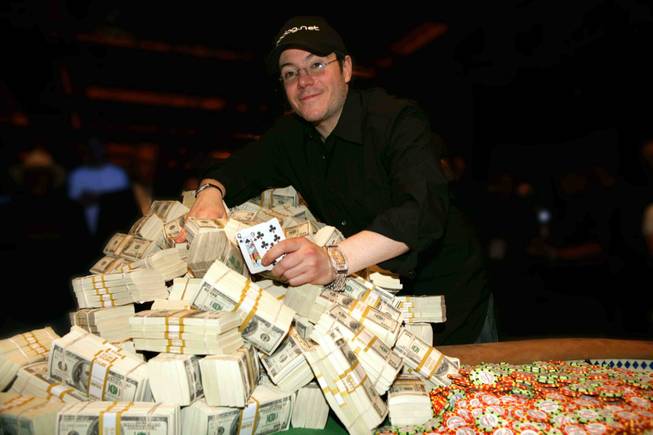 At the sixth largest win we have American player, Jamie Gold who played in the 2006 WSOP Main Event. Jamie took the first prize, which was $12 000 000 out of a pool prize of $82 512 162. What makes this so incredibly note worthy is not Jamie’s winnings, but the fact that this is still the largest poker pool prize to date.

If ever there was a reason to become a seasoned poker player, especially if you have the buy in money, then this is it. Time to take out that home poker set again and dust off your bluffing skills.